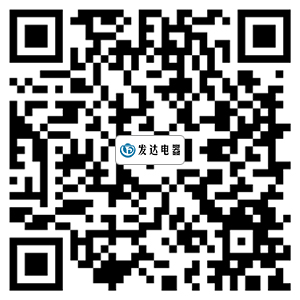 A fire on an electrical appliance may produce toxic gas, so please escape immediately. At the same time, the installation of electrical fire monitoring system | leakage fire alarm system should be installed as soon as possible. Fire radar can effectively protect people's lives and property.

Residents claimed that the fire started from a room on the 8th floor of the building. "I didn't see an open flame, but the smoke was very heavy." A woman living on the 12th floor said that she was walking her dog downstairs when the fire broke out. After seeing thick smoke rising upstairs, she immediately called and told her family to go downstairs. . At that time, the corridor on the 12th floor was full of smoke and it was impossible to see things clearly, but fortunately the elevator was still in normal use.

The reporter took the elevator to the 8th floor and found that the fire had been extinguished, the walls in the corridor were blackened, and the fire room was completely dark. It is understood that the room that caught fire was a rental room in which two girls lived.

An insider said that a TV set in the room suddenly ignited spontaneously. When the girl noticed a fire in her home, the TV had already burned halfway. After the smoke was discovered, the residents evacuated and no one was injured. Xiao Li, who lives on the 10th floor, had a wet towel in his hand. He told reporters that they got downstairs smoothly with the help of fire fighters.

Near 11 o'clock, the smell of smoke in the building still choked, and some residents still did not dare to go upstairs and go home. Most of these residents are elderly and patients with limited mobility. Out of fear, some residents even chose to stay elsewhere for one night. The reporter saw that at the entrance of the building, an old man was sitting in a wheelchair and was reluctant to go upstairs. His family told the reporter that they happened to be living upstairs in the fire room. The old man was over 80 years old and was afraid of being choked. Now, I have been waiting outside for more than an hour. Residents believe that the property should contact the landlord of the fired room as soon as possible to deal with the problem, but the landlord did not show up until the reporter left.

Since the housings of televisions and other electrical appliances are mostly made of plastic, toxic gases may be generated when the electrical appliances catch on fire. The fire department reminded you to flee immediately when such a fire occurs in your home. When escaping, first wet the towel with water, cover the nose and mouth and bend down to escape to prevent inhalation of toxic gases. Don’t panic when you encounter heavy smoke and you can’t see clearly, extend one hand to explore the road ahead to avoid hitting the wall and other obstacles and causing personal injury.